What Is A Meme And How To Make One 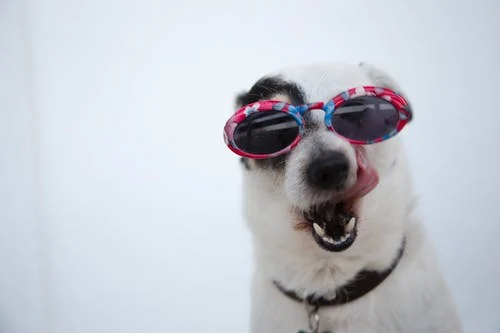 What Is A Meme And How To Make One

Internet is universal. It has its own rules, its own culture, and also its own language. A clear example of this are the so-called memes, a word that serves to name a concept that is disseminated through the network of networks. If you want to know more about the phenomenon of memes, we invite you to continue reading the article.

If we take a brief look on the internet, on any social network or website, it is not surprising that we immediately come across a series of edited images that usually include a funny phrase.

That is precisely a meme, which today has become one of the most popular graphic resources used on the internet, especially on social networks, where users choose to express an idea with a meme to generate an immediate reaction in the other.

What is a meme?

Meme is a neologism that came to light in a popular science work written by the renowned scientist in the field of evolutionary biology Richard Dawkins in 1976, and which is used to refer to unity in writings and theories about cultural diffusion Theoretical cultural information that is transmitted from one individual to another and from generation to generation.

However, at present the word Meme is also used in cyberculture to call a special type of cultural manifestation that spreads through the network of networks itself, and that can have various connotations: from the simply humorous, through political parody to outright protest. These memes can be in the form of a video, image, hashtags, or a simple phrase.

In short, it could be said that a meme is a cultural act that is taken up by netizens and replicated in all kinds of media, including blogs, websites, social networks or email, among others, and can be transmitted as is or modified from according to the circumstances.

The great furor that has been triggered in recent times around memes has also generated that even today Internet users decide to create their own memes, to then be able to share their funny occurrences, and perhaps even make said meme viral.

What is a meme for?

One of the most frequent concerns among Internet users resides in what is a meme and what has been the origin of this great occurrence. Let us remember that the term “meme” was coined to be able to refer in a simple way to the specific question of how cultural ideas can sometimes spread from person to person and from community to community, that is, what is now known as a trend in Internet.

Precisely, in the case of internet memes, the concept behind them is very similar, since it indicates that a meme is ultimately a propagated idea, which is reproduced and can be modified as it becomes popular in Internet.

Internet memes are basically images , which is why they are considered a visual communication medium, although there are also internet memes in text, audio and video formats, but of course the most popular without those images accompanied by allusive phrases witty.

Due to the platform they use for their propagation, internet memes are considered a much more shocking type of meme in today’s society, since one of their main characteristics is that they are distributed at a much faster rate than any other meme that has arisen throughout the history of civilization . This is thanks to the possibilities offered by the internet.

What do I need to make a meme?

The main objective of internet memes is to achieve an impact on whoever views it, therefore in order to make memes that arouse interest in people and become popular, we must take into account a series of issues.

In principle, it is important to correctly choose the photograph that will be the image of this new meme that we are going to create , which must express the phrase that will accompany it, and of course it must be striking, as well as the text.

In the case of text, it is also important to choose a font that draws attention, that is why we can see that in most internet memes fonts are used that cause an impact when viewed, and precisely the “Impact” font is a of the most used, followed by “Arial” and “Comic Sans”.

On the other hand, when making your own memes, it is recommended that the image and the phrase are ordered in such a way that a contrast is generated, with which we will undoubtedly attract the attention of all those who come across our meme.

How to make a meme

Now, for the concrete elaboration of a meme there are different ways that we can use to achieve it. One of the most frequent is to use an image editor program, such as Photoshop, or choose to use an application on our smartphone, or even the simplest thing is to resort to a web page that provides the service of generator of memes, in which we practically do not have to do anything.

The truth is that the tool that we decide to use to create our own memes will depend not only on our creativity and ability in design, but also on the time we will dedicate to work and the needs that each of us have.

The best application to make a meme

The best option to make memes is to use an online meme maker that allows us to perform this procedure easily and quickly. FlexClip’s meme maker could be one of the best choices.