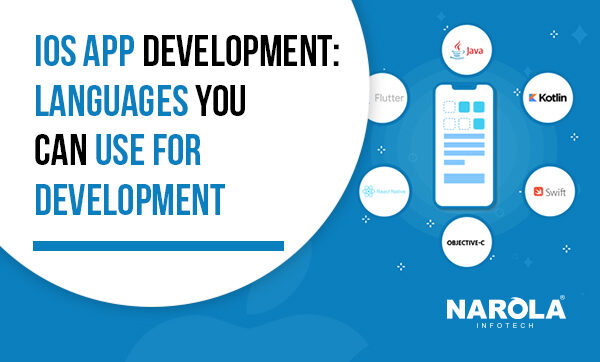 When it comes to iOS app development, the languages that come to mind are React Native, Objective-C, and Swift. While both are capable of making a functional iOS app, one has a slight edge over the other.

As someone who is looking to develop an iOS app, you might be perplexed as to which is better. Each language is unique and has its own advantages that should not be overlooked. Let us help you solve your problems by comparing these technologies and assessing their usefulness.

Here is the comparison between Swift, Objective-C, and React Native.

There are about three programming languages that an iOS app development company will suggest to you for your project. These are the best options that will offer you app unique features depending on what type of app you want.

Swift (owned by Apple) is officially the primary programming language of choice when developing iOS applications. As of 2015, Swift became an open-source technology meaning all iOS developers were free to use the technology.

Understandably, Swift is the primary iOS development language meaning that it has to offer seamless performance.

Swift is able to rapidly run complex applications courtesy of the LLVM compiler framework. The LLVM acts to convert swift code to native code, facilitating access to the device’s hardware and APIs. Again, the simple syntax of Swift assists its efficiency as an iOS programming language.

When talking about the code of Swift, the code is lightweight and expressive. The addition of a type interface improves clarity and prevents the chance of cluttering. These features make it relatively easy to manage and maintain code.

Swift programming language is a native iOS application development tool that is elemental for creating impressive user interfaces. SwiftUI is another framework that will work well to give your iOS app exciting features. These include; dark mode, widgets, dynamic type, and more.

Swift has not been around for decades but its popularity is helping it gain supporters from around the world. Plus, being Apple-run and the main iOS development choice will have Swift community become one of the largest in no time at all! Because Swift is catching fire so quickly, getting developers with an impressive portfolio will not be an issue.

A superset of the C language, Objective-C was the preferred iOS development language and still is a good option. It is known for its object-oriented capabilities.

Objective-C dispatches lookups dynamically at runtime which can be very slow. This makes the performance of Objective-C much slower than competitors. But, this by no means makes it the slowest iOS development language and definitely not a reason to exclude it completely.

Maintaining Objective-C iOS applications will require your developer to maintain two sets of code. Only through this will efficiency increase and development time decrease. The Objective-C language is built on the C language and carries the same conditions. This includes symbols, lines, semicolons, parentheses, “if” and “else” statements.

Objective C focuses on answering the question rather than perfecting the answer. User interfaces are not as customizable and functional as say, Swift. This may have something to do with the age of Objective-C and the market in which it was first launched.

Objective-C has been around for a long time, enough time for it to develop a large community of developers. That said it is safe to say this programming language is well documented and you will not face any issue in finding a development team for your project.

React Native is an open-sourced language that is based on JavaScript. Because of this, almost 70% of code is interchangeable between Android and iOS. This is a boost for this Facebook-supported programming language that is free to use!

React Native is a young programming language, making it less stable than Swift and Objective-C. Debugging React Native code is a job that not many developers look forward to doing. But, its cross-platform support is a reason to overlook the difficult code maintainability.

UI and UX tools used by React Native are constantly changing with every update released. This makes it hard for React Native developers to make the UI experience consistent. In iOS apps, Style Design is used to make UI design that will appeal to users.

Since its launch in 2015, the React Native community has been growing and the number of contributors is steadily rising. Being open-source, contributors from around the world (individuals or groups) can contribute. Since React Native is new and well-supported, you can expect constant updates.

Entering the iOS app development market is definitely a budding opportunity for an investor willing to try something new and exciting. But, when it comes down to choosing the right programming language, there is no ‘right and wrong.’

Instead choosing the programming language to use will be made based on your requirements. Either way, Swift and Objective-C make the best language for iOS app development.