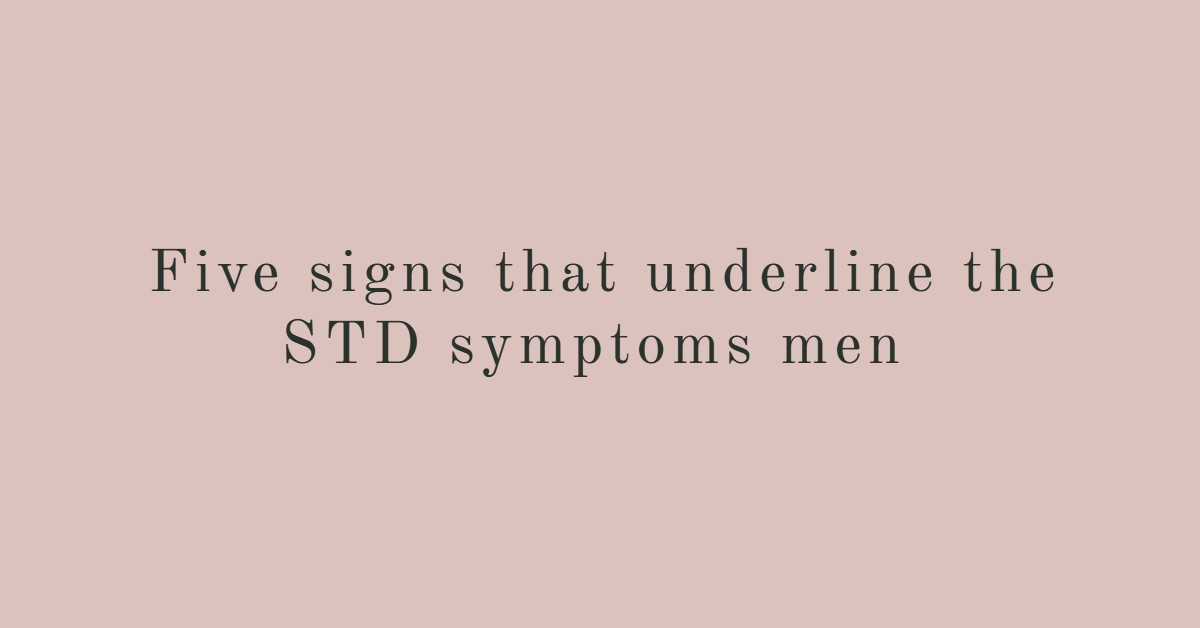 Sexually transmitted diseases are common among males these days. These are the infections caused during sexual intercourse. The bacteria and viruses may pass from person to person while having sex. It can pass through the blood, semen, and vaginal fluids. However, the causes of sexually transmitted infections are many. But, the STD symptoms in men are different from women. So, if you are a male and are sexually active, then you must know the signs and symptoms of this disease. It helps you in preventing the risk of sexual infections and encourages safe intercourse.

It is really shocking to know that people develop approx. One million STDs every day globally. In many cases, the symptoms of these infections are not noticeable. This means that you might have STD without knowing it. So, it is vital not to ignore the signs that could be mild to severe to know the underlying sexual infections. Below are the five common sexually transmitted diseases that affect males.

Unfortunately, this infection has had no cure till now. Therefore, it is advised to take safety precautions while having sex to prevent the disease.

Among the common sexually transmitted infections, HPV is one that can be found among males. The common men STD symptoms with this disease are warts in the mouth and throat. Warts can also develop on the penis and anus that can cause itchiness and pain. However, HPV is human papillomavirus that can spread with skin-to-skin contact as well. However, this is an odd sexually transmitted disease since vaccines can prevent it. But, if left untreated, it can lead to the severity of cancers. You can develop cancer of the penile, cervical, oral, and rectal with this disease.

HPV has no cure like HIV. However, a physician might test and provide a diagnosis for warts in the mouth and genital parts. The primary thing here to understand is that most HPV infections cure with time. But, if the infection continues and you do not receive the treatment, it might lead to cancer. But, it can be controlled using topical and oral medications for treating warts.

STD symptoms men are hard to detect in several cases. It makes it for the healthcare providers difficult to detect and provide a proper diagnosis. But, these infections are manageable as treatments are helpful in managing the symptoms of sexually transmitted diseases. However, one should not ignore the signs longer and receive treatment from a professional healthcare clinic. Early detection can lead to successful prevention against STDs to turn into severe illnesses.